“Tactics without strategy is the noise before defeat.”

To some, “protest” is a dirty word. To experienced government contractors, protests are just another part of the game.

GCARL understands the frustration that comes with losing a contract award to a competitor, especially given the investment of time and effort in preparing a quality proposal. Pursuing a frivolous protest or one that has little only a slight chance of success is throwing good money after bad. Better to do a thorough after-action analysis, learn from it, and move onto the next target.

But sometimes, protesting is warranted. GCARL helps clients make the right decision about protesting by ensuring they understand the potential grounds for the protest, then all the considerations that can affect the protest’s success – timing, forum, contract vehicle, potential defenses, and the likelihood of winning the protest. Pre-award protests can often be the smartest play. GCARL identifies questions and potential challenges to the solicitation early in the process, so the agency can self-correct without seeing the protestor as the enemy.

After award, time is of the essence. GCARL has assisted in the review and submission of informal protests that have altered solicitations, using their decades of experience working on shortened deadlines to assist with debriefings, document review, and protest preparation, thus ensuring that a thoroughly sound and compelling protest gets filed in a timely manner. Federal government contractors have different venues in which to pursue protests: the Government Accountability Office (GAO), U.S. Court of Federal Claims (COFC), or the Contracting Officer/Procuring Agency (Agency-level Protest). Each has its own set of rules and procedures as well as tactical and strategic advantages and disadvantages.

Time is of the essence when it comes to protests and GCARL has helped government contractors by:

Assisted in the review and submission of informal Pre-Award protests to alter solicitation language, requirements, and set aside categories

Assisted with debriefings, including exclusion from the competitive range

Sometimes, a government contractor must defend a contract award from bid protests.

In those instances, GCARL ensures that the client is fully prepared for any contingency and able to respond proactively and timely to any protest of its contract award by:

Provide Guidance for Strengthening Protest Arguments based on: 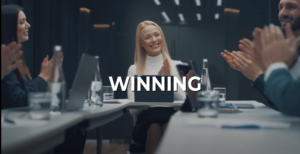 WIN YOUR NEXT CONTRACT!

Are you ready to get started winning Government Contract bids? GCARL’s goal is to ensure that your company successfully enters and profitably grows in the government contracting marketplace.